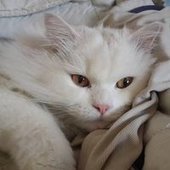 Good Morning Phobos is a brand new megawad that captures some of the old school and new school levels,created mostly by me,hope you enjoy this exciting experience
0