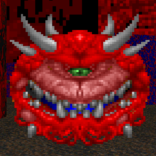 What is your favorite Heavy Metal Band?

By InfamousGreed, March 27, 2018 in Everything Else