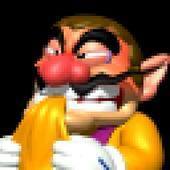 UPDATED - Bushpig's 2 Dope Challenge - Looking for opinions on my WAD