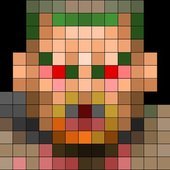 DOOM From Scratch - Writing a DOOM engine in C++ and OpenGL