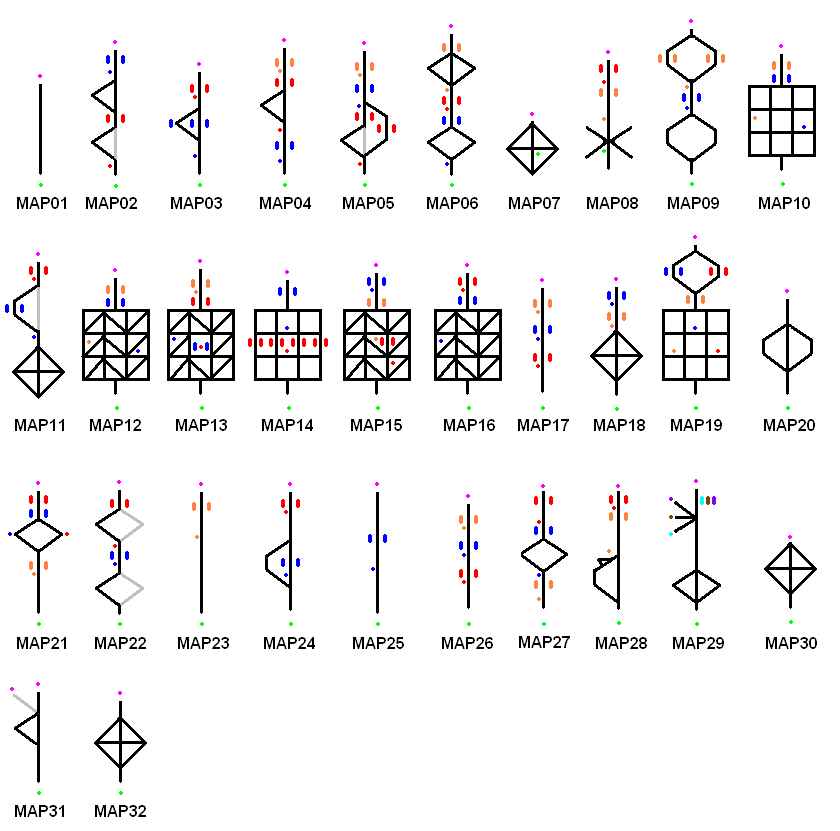 Oh boy, what a stupid idea – a scientific approach to a DooM-related problem. And that problem is… Linear/Nonlinear maps: which is which?
Poster with all LPD's for UD, D2 and Final DooM https://www.dropbox.com/s/79ftcxzms6nppzr/DooM-LPD.pdf?dl=0   Since nobody actually tried to make such a classification and analyze maps based on it (or did he? Couldn’t find it) I've developed my own. I just didn't talk about it with anyone yet, so I hope it'll be interesting to discuss. And, off course, not everything here is 100% definite – those are simply my suggestions based on study and observation of various maps and are subjects of discussion and corrective actions:).   First of all, this classification does NOT say anything about pros and cons of either linear or  nonlinear maps, it only tries to generalize and simplify their classification. It also ignores such map properties as setting, difficulty, size, length, appearance (indoor/outdoor), shape (flat/volumetric), overall quality etc.   So, there are some basic terms and rules regarding map classification by Level Progress and interpretation of maps based on it using Linear Diagrams which I call Level Progress Diagrams.   Level Progress Diagram (LPD) is a simplified representation of map that depicts its Level Progress. LPD may be presented in either detailed or simplified to any extent forms.   Level Progress is a sequence of all mandatory actions performed by player from the start of map till exit. These actions include going thru Pathways and visiting Key Points.   Pathway is a map area that connects two keypoints. It can have any shape, for example that of a narrow corridor, small room or giant arena.   Key Point is a map area that is mandatory to visit in order to progress further because it contains an essential object (key, switch, boss, locked door).   Depending on the type of Level Progress all maps can be divided into Linear and Nonlinear.   *LINEAR map provides level progress that can be simplified into a line on LPD. Examples of typical linear maps include: E1M8, E2M1, E3M1   Linear maps not always appear in their pure form, in that case they are classified as Generally Linear.

Generally Linear maps may include structures of various nonlinear types (see further) but they are minor and don’t affect gameplay that much. Example: E1M2 is generally linear, even though it has two staircases to red key room the rest of a map is strictly linear.   *NONLINEAR map contains alternative paths to key points, it’s level progress remains different from simple line after simplification on LPD.   Nonlinear maps can be divided into 3 general types (which also may be combined):