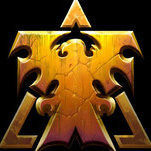 We got the demons!