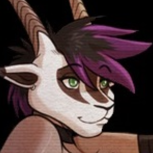 What do you think of the Icon of Sin?