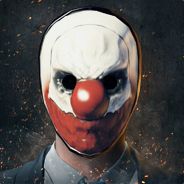 Prevent enemies from spawning at spots with player nearby

For the last couple of days i've been working on an arena level for my Doom-based game where you fight against enemy waves.

I use ACS scripting that executes a While-Loop. At every loop, a monster spawns at a random mapspot from a certain tag range until a certain kill count has been reached, or until the maximum number of monsters allowed in the map is reached. As expected, this gets the job done. However, it doesnt care about the player's position. Monsters will often spawn right behind you, which is not what I want to happen.

I'm quite familiar with programming, but I cannot figure out an algorithm that prevents monsters from spawning nearby the player. Is there a way to, for example, disable map spots when the player is nearby? If so, how is this achieved?