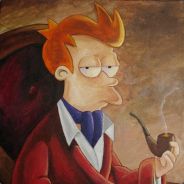 So I had to ask a question like this before here and here this time what I want to do is disable the player bleed effect on brutal doom when you’re at or below 25 health. I’m making this hardcore difficulty mod that forces you to beat a level with only 100 health no armor and no health packs. At the end of the level your health is reset to 100, I might bump it up to 200 after play testing it for a bit I’ll see. This however leads to very long spends of time running around with lower than 25 points of health causing the blood trails the player leaves to become somewhat annoying and potentially performance impacting. If I could just find the function that activates the player bleeding or the player bleeding function itself it would be easy enough to turn it off but ales as usual brutal doom’s code is an impenetrable maze. So if anybody knows were the code for player bleeding is I would very much appreciate it. I’ve already look and around and tried disabling numerous functions in player.txt no luck so far. By the way I’m playing BDv20.