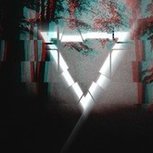 Searching mod to see ALLIES through the map

By eviltechno, November 28, 2018 in Doom Multiplayer