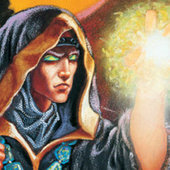 Which game's soundtrack is your favorite?

By Loud Silence, December 5, 2018 in Everything Else