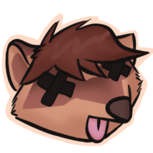 This Is Your Life! - a Vanilla mapset for Ultimate Doom (Shareware!)