So I'm doing an experiment on a possible Wolf SS replacement by replacing two of its unique sound effects: DSSSSIT and DSSSDTH. I got DSSSSIT replaced fine but for some unknown reason when I try to replace DSSSDTH, the associated sound I replace it with doesn't play and the original Wolf SS death sound effect plays back instead. 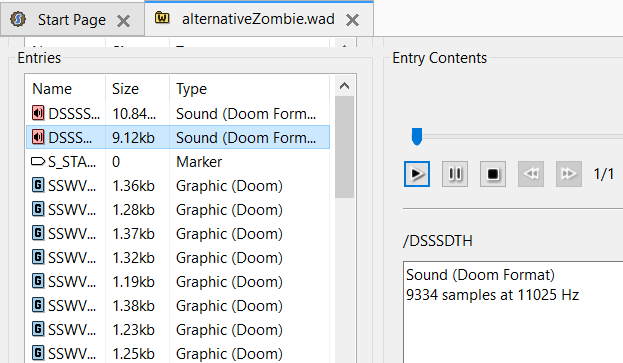