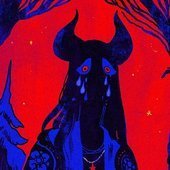 From Wolfenstein engine to Doom engine

By SirJuicyLemon, December 26, 2018 in Doom General