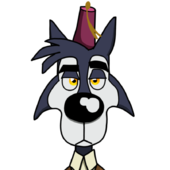 What would you consider a "good" megawad?

By valkiriforce, December 29, 2018 in Doom General