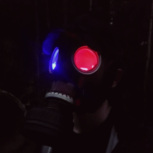 This issue has nothing to do with mapping. The problem is that I can't even open the editor. Here's the deal:

I've been using GZDoom Builder R2787 without any issues (except occasional crashes, but that's to be expected), then found out that newer versions exist (under the bugfix name, of course). So I went ahead and downloaded the latest version which is R3041-x64. However, when I try to launch it, it appears to be loading for around whole 2 seconds and then nothing happens. I am confident I've downloaded the right thing, since I do use a 64 bit system. I'm also using Windows 10.

What I've tried doing in hopes of resolving the issue:

Haven't found anyone else having the same issue either (other forum posts and such), so I don't know what I could do. Any ideas?