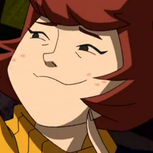 Compare your first map to your latest!