Not Jabba created a topic in WADs & Mods 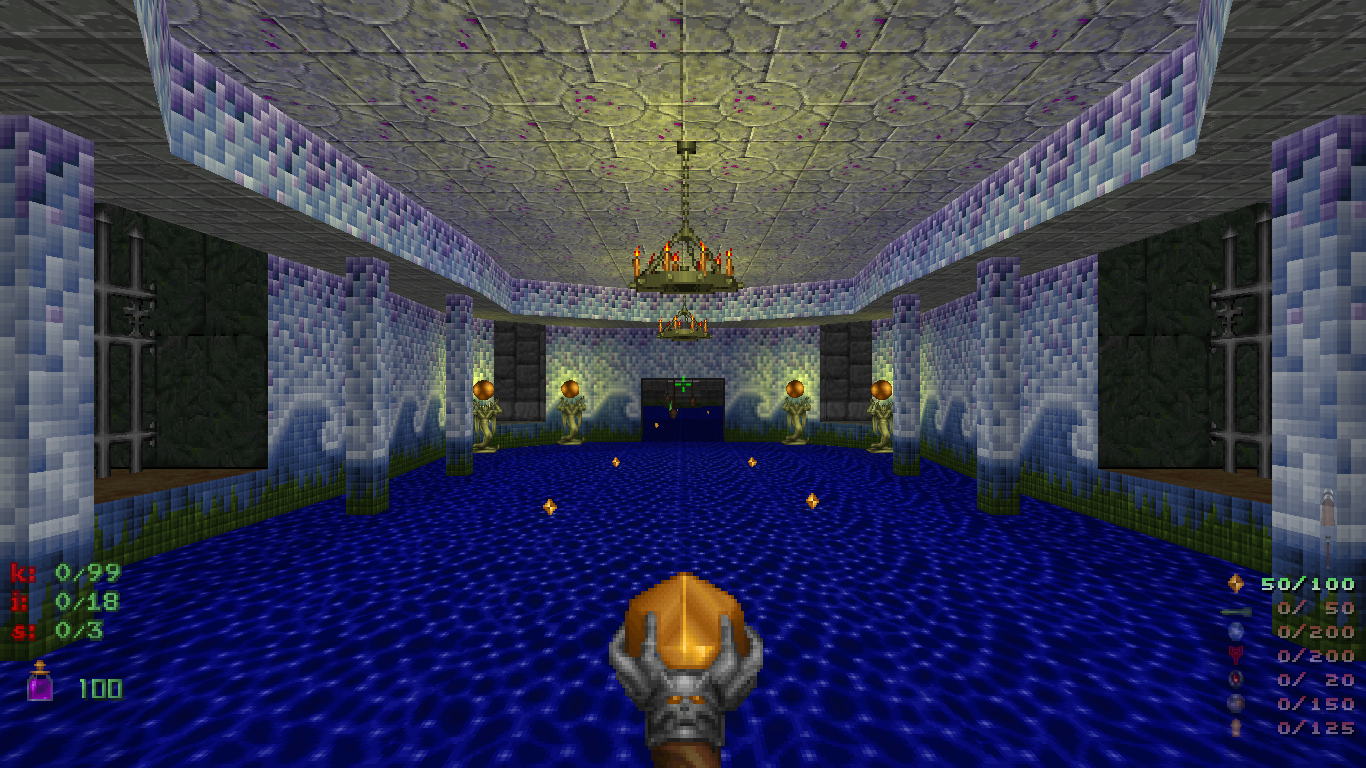 Happy Heretic Weekend, everyone!     The Wayfarer's Tome is a standalone gameplay mod that lets you use the gameplay rebalance from The Wayfarer with any standard Heretic map. Although the rebalance was designed primarily as a base for creating new maps, I've found it to be enjoyable with any well-designed Heretic map. Hopefully you will too!   How does it play with Heretic.wad? Heretic has mixed quality when it comes to level design, and a gameplay mod isn't able to address all those issues. However, playing with the mod does improve the pace of the game and keeps the combat from dragging. I think it's worth playing Heretic with the mod, especially if you didn't like the game much in the past but want to give it another shot. E1 is super quick and breezy with all the fodder enemies, and the tougher maps in E3-E5 are generally more fun as well. E4M1 is still nonsense. If you play continuous, you'll often end up with enormous amounts of ammo and armor, so consider using Wand starts if you're looking for more of a challenge.   What do you recommend playing with the mod? I've tested the following maps and mapsets with The Wayfarer's Tome, and I would highly recommend all of them (with or without the mod, but especially with).   -Elf Gets Pissed*
-Realm of Parthoris -Curse of D'Sparil*
-Icebound
-Templum Dormiens Dei -Dark Deity's Bastion
-Where Serpents Ever Dwell -UnBeliever*   *Requires a patch, which is included with the release. Load files in the following order: the mapset you're playing, then wtome_sa.wad, then the patch. The patches are as follows:
-wtome_egp.wad: Elf Gets Pissed -wtome_cod.wad: Curse of D'Sparil -wtome_ub.wad: UnBeliever   Gameplay changes from Heretic: The Wayfarer's Tome adds a variety of mostly minor tweaks to Heretic, which are intended to make the gameplay smoother, improve the overall balance, fix a few weird design choices that could be considered features but are probably bugs, and so on. The main goal of these design changes is to make the game a bit more fast-paced and fun to play. The following is a complete list of changes.   Credits: