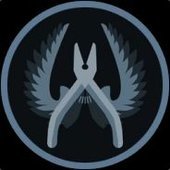 My first doom map: Looking for feedback for future projects :)