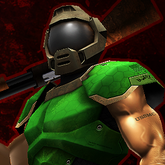 Least favourite weapon and why?