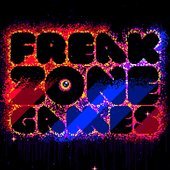 A nerdy (& optimistic) analysis of the DOOM Annihilation trailers

By FreakZoneGames, August 18, 2019 in Doom General