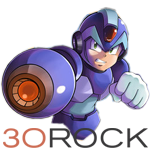 Why didn't Id sue the makers of D!Zone and other commercial level packs back in the 90s?