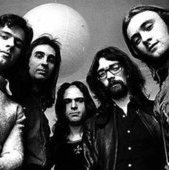 Which Node Builder Should I Use?

Hi, I have been mapping for a while, however, I know next to nothing about nodebuilders. The past couple of weeks it has been taking quite a while to save my map and I think it's because I changed nodebuilders. Before, I had ZDBSP, but I recently switched to zennode - normal. Currently, zennode takes me two minutes to save my map each time. the reason I switched is because ZDBSP kept requiring confirmation from windows because it was an unrecognized program or something, which was annoying. Now I feel like I should switch back to ZDBSP again but I'm not sure which one to use because there's ZDBSP - compress nodes, ZDBSP - normal (no reject), and ZDBSP - normal (zero reject). What is the difference between each node builder, and which one would be the best for me to use?

My map is in boom format, with around 12000 linedefs