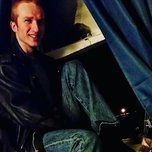 Problems with my wad

Okay I've tried for a while to figure this stuff out on my own and I've hit a brick wall. So I'm just going to explain what I'm doing and hopefully somebody can help me.

I want to make a standalone game, an iwad. People keep saying "don't edit the iwad" but I do not want to just make an addon, I want this to be like Freedoom is. A standalone iwad. I've managed to figure out how to get my iwad to load into GZDoom with the other iwads, so that is not my problem.

My problem is that I want to edit the code for the guns but none of it is working. Specifically I am replacing the chaingun with the assault rifle from Marathon 2. I've already replaced the sprites with the ones I want, and I created a DECORATE lump which includes the code for the chaingun that I got from the wiki page. I then edited that code so that the animation frames are faster because the MA-75b assault rifle fires very fast but when I save the iwad and run it, the frames still run on the same ticks as the chaingun. I also tried to replace dspistol with the sound for the rifle, but still named it dspistol and that also did not change at all. Am I doing something wrong? Is there an easier way to do this?