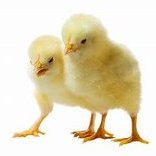 Hi, this is my first contribution to the DOOM community. I've been working on this MegaWad on and off for about 8 months, it's made with a lot of love!
PORTS: I only tested two Ports: GZDoom and Zandronum. (Some of the scripts don't work as intended on Zandronum, but don't break the game. I wouldn't recommended it though.) I also have a lot of scripting that is reliant on Zdoom, so keep that in mind when using an untested port!

Additional notes: This WAD does have 3D Floors and Deep Water in a few places. Freelook is recommended, but not completely required(Except for level 32). Some of the levels can get a bit dark, so if you have a hard time seeing in the dark, you might want to adjust your lighting to make it easier. I also enjoy playing this WAD with Brutal Doom, but it isn't required. All levels were tested and can be beat from a pistol start!

Additional WADS: This WAD has extra textures, which I've imported into the WAD.

Levels: This WAD has 18 levels. 16 Normal Levels, and 2 Secret Levels.

Difficulty: This WAD is NOT setup for all difficulties, but hopefully will be soon in the future. This WAD's difficulty is similar to TNT. (Because it's much shorter than full 32 map WAD the difficulty ramps up much faster!)

A portion of the time put into the maps was finding and fixing bugs and texture errors, if you see any please let me know, I would appreciate hearing your opinions as well!
STORY: Demons have begun to infest earth spawned by the Devil's Womb, even the military has been defeated! As a last stand Doom Guy is dropped off on a helipad in front of a small military outpost next to a barrel production facility. Experience the quest of taking back earth by killing all the demons and defeating the Devil herself! Travel from Earth to Mars' Moons and the depth of Hell itself!   Download the WAD from here: https://www.dropbox.com/s/ea2sju7izev1oeo/Infestation.zip?dl=0   Finally, thank you for looking!