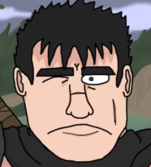 What exactly are the doom novels and are they any good?