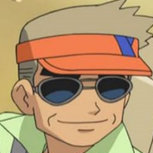 By OfficalGeeDee, November 17, 2019 in Doom Editing