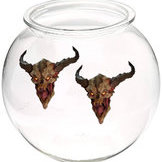 How do you tackle lighting in your maps?