I'm testing a map in Crispy Doom and I have a typical teleport trap set up like so: 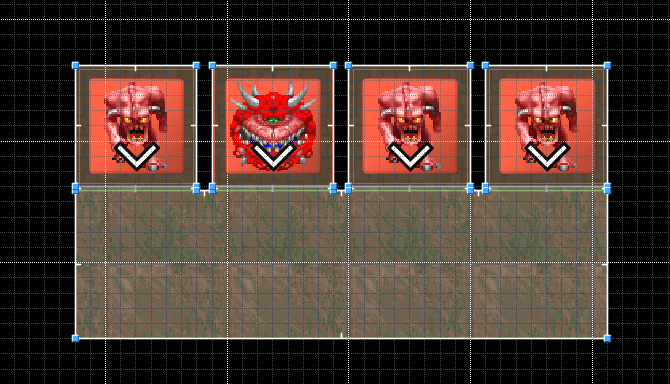 Each demon is behind a 1-unit thick door that opens when triggered, allowing monsters to teleport into the room via a W1 monster only teleport.

Each line corresponds to its own sector: 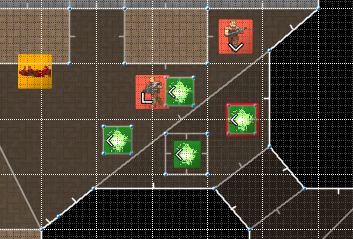 All of the monsters teleport into the room successfully except for the cacodemon, which wanders across the teleport line without triggering it and proceeds to wander around in the setup area.

- All teleport linedefs are facing in the right direction

- The setup is exactly the same for each monster

- All monsters teleport in instantaneously, so there shouldn't be any issues with the caco's teleport destination being blocked by a pinky

- There's enough room on each side of the teleport linedef