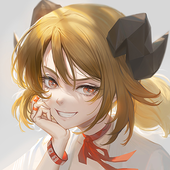 ---------------------------------- Hexen: Walpurgis is a Gameplay Mod that works with Doom, Heretic, and Hexen! It is for the latest version of GZDoom (ONLY).   !!~GET IT HERE~!! (Version 0.92)
Googledrive Mirror   Hexen Walpurgis is... A gameplay mod that works with Doom, Hexen and Heretic, straight out of the Box! Focused on giving everything three fire-modes without needing any extra resources, just balancing them around standard blue and green mana/ammo consumption. Will have upgrades for each of those afformentioned fire-modes (think Trailblazer)~ I will point out that not all of these are implemented yet, though. Strong and fun, but balanced. Extra care has been put into making everything have punch and impact and be fun to use but not the level of overkill. I'm a mad perfectionist when I get going; so repeatedly testing something over and over whilst I tweak values is not unusual. Gothically medieval, with a taste of moderate-high fantasy. Magic is meant to semi-common in the world, whether through artifacts, or mystical items. Based around play where you get used to using both your arsenal and your inventory items in tandem. Flechettes and Discs of Repulsion are really useful now; so use them! Rigorously playtested with custom doom, heretic, and hexen wads to get a feel for how it plays with them; and to see if I can find reason to switch between my arsenal all the time (which is the sign of a good arsenal, in my opinion). Is named this way because... well, "Hexen" are witches from germanic folklore. Walpurgisnacht is a grand festival for witches in general. So as a festival of new content for Hexen related shenanigans; its doubly relevant. -------------------------------------------------------------------- Here's a summary of what all the classes do!