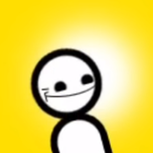 Can i make fog denser?

I'm trying to make something inspired kinda by silent hill, so i want some strong fog

i tried with mapinfo fade=100 and with sectorsetfade(1,64,64,64), but both of these are just not oppressive enough. I want the player to be barely able to see a couple of feet away from them. Is there any way i can do this?