What are your recommendations for enemy placement?

I've had a lot of fun making maps layouts but man, I don't know crap about enemy placement.

This, as an example, is how I placed enemies in a room, I may upload the .wad later in its respective discussion.

Anyway, if you could share some tips for enemy placement, I, and probably a lot of we the newbies, would really appreciate it. 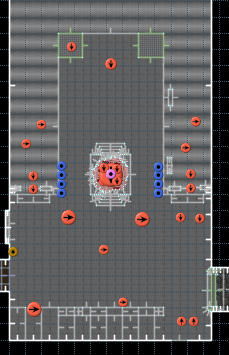