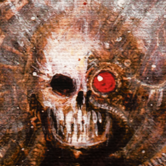 How will they balance the Marauder for Battlemode?