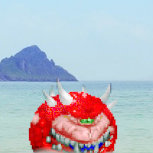 Old Ultimate Doom WADs - What makes them so different and enjoyable?