Hello! My map has an ocean visible in some playable areas, and I thought it would be neat if the main outdoor area under the ocean would flood with nukeage after the player goes through a reactor/nukeage area of some kind while trying to get the blue key. My issue is that I can't figure out how to change floor textures without lowering them. My idea would be that the floor level raises when there's a nukeage flood. Here are some pictures of the map to hopefully give you a better idea of what I'm talking about. 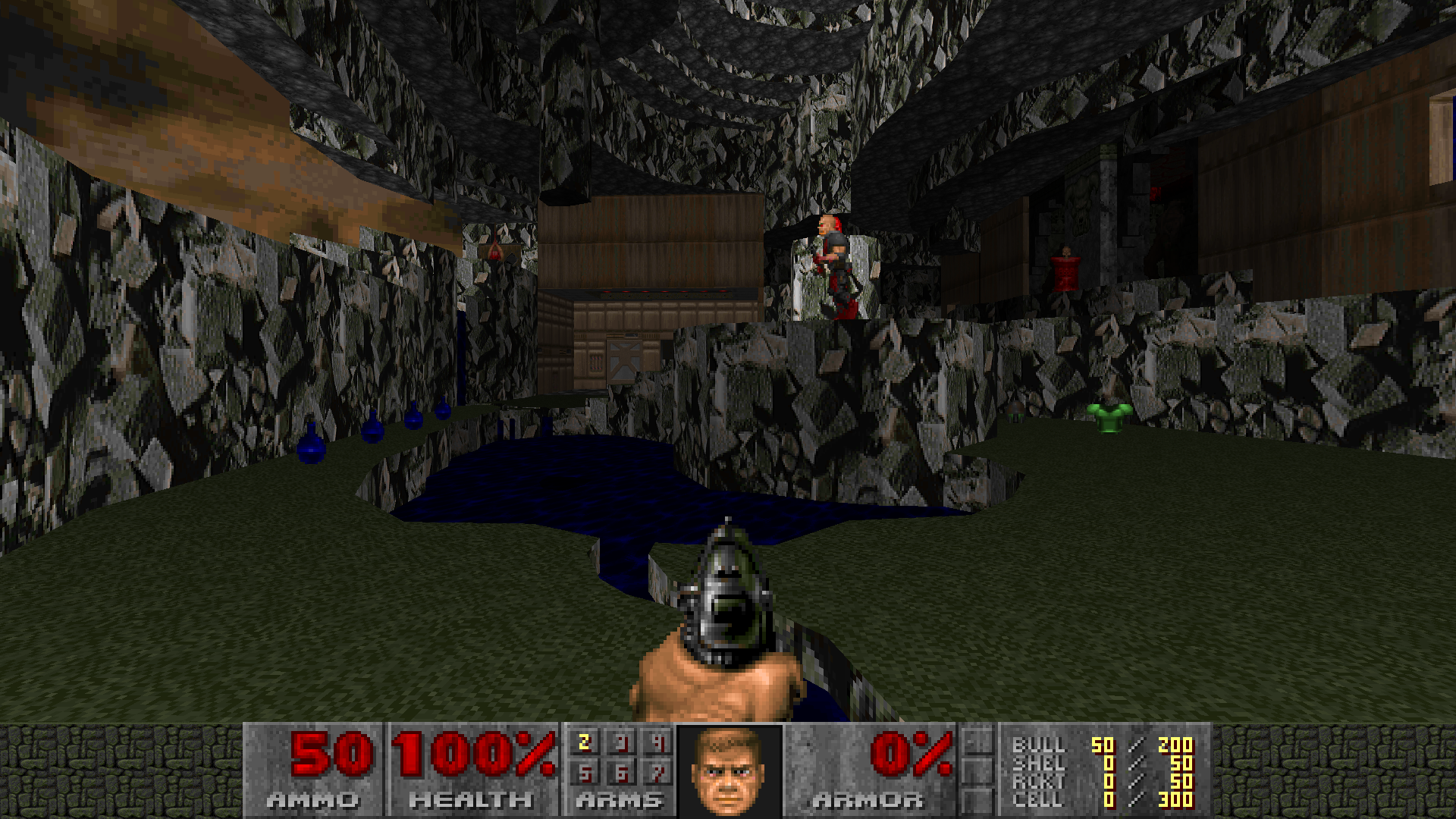 Here is what I managed to make with my limited knowledge. The main pool was lowered 1 unit to a puny sector hidden on the edge of the pool, and the surrounding areas the grass, and the little streams, were lowered by two separate linedef triggers. (I needed three so the slime texture would be unified across the various floors. For example, the center sector in the pool wouldn't change texture when lowered with the same sector tag). The My plan is to somehow raise the whole floor to a unit above where the grass sits in the first image. 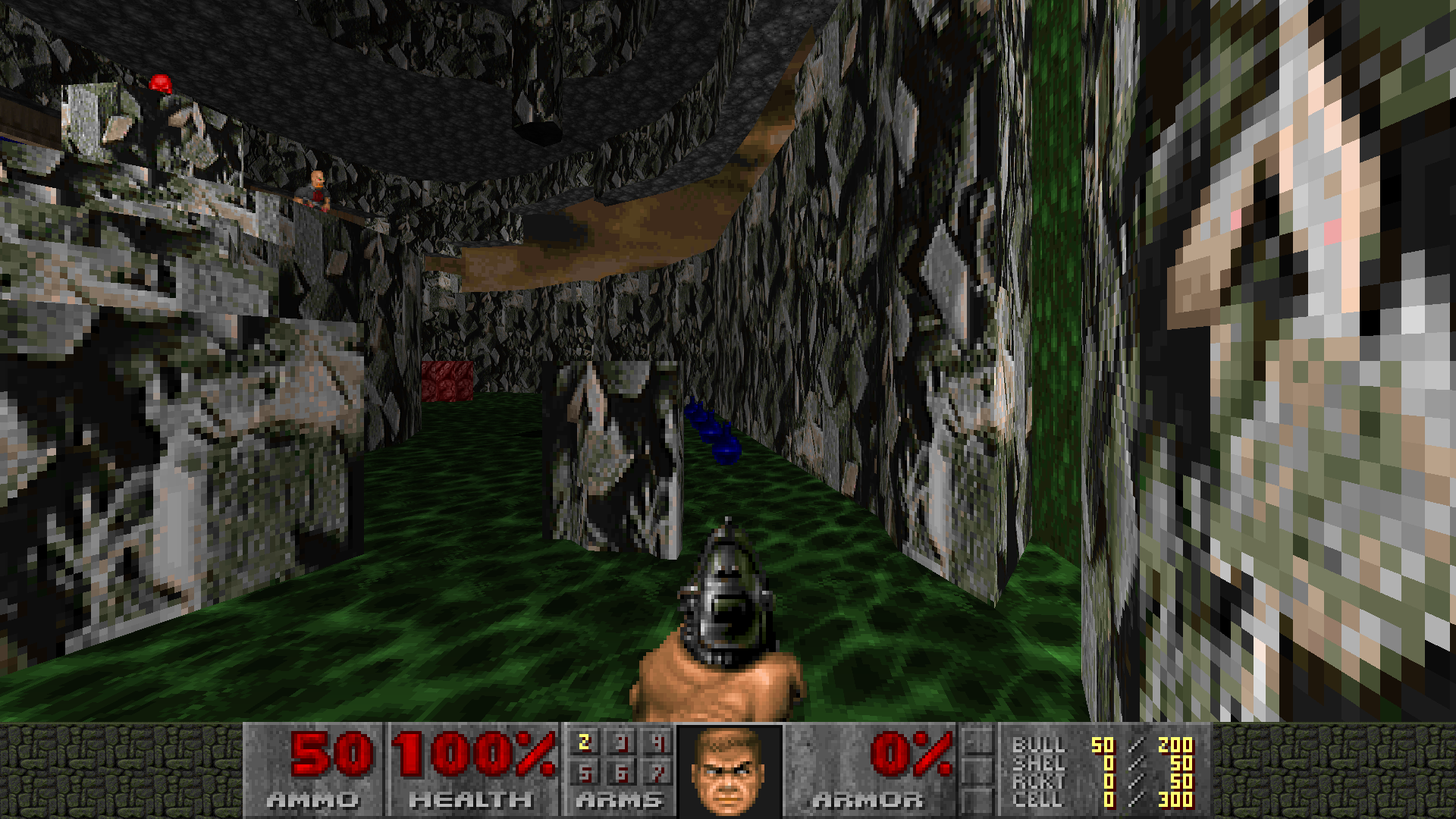 Here's a view of the map from the editor. If I figure out how to do this, I'll modify the area to better accommodate the nuke damage. But what I want to flood begins with the door near the upper left and ends below the staircase thing in the center. Essentially the whole area.

With regards to the second question; my plan is for the map to change drastically after they get the key, i.e. flesh pillars rising up, blocking doors and opening up some monster traps, essentially changing the layout to many areas the player has already been to. You can see a hint of what I'm talking about with the pink flesh texture sticking out of the slime in the second picture. I'm sure I can do this on my own, but I don't know if it will be possible to do the hellgrowth in this area with a slime flood as well.