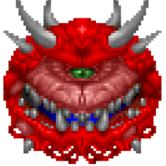 Cheapest Traps in the IWADS?