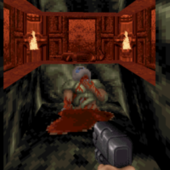 Am I the only one who thought the doom community was better before eternal came out?