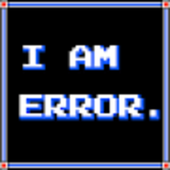 What's the deal with the sailor