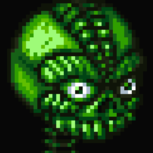 What does GZ in GZDoom mean?