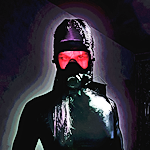 What's your favourite pistols in games?

By TwinBeast, September 29, 2020 in Everything Else