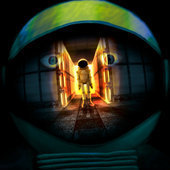 So... I accidentally found out about the game speed options in PrBoom+... send help pls