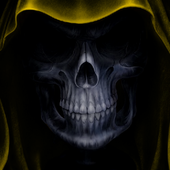 DUSK vs Prodeus, which one to get

By Combinebobnt, November 12, 2020 in Everything Else

Which game to get first