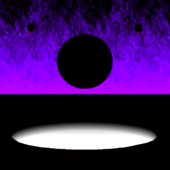 The UnMaking: a 33-map nightmare for Doom 64 (final version on /idgames)