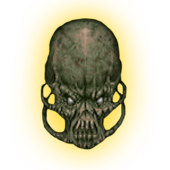 What do you expect from DLC2?

By Martin-CAI, January 21 in Doom Eternal