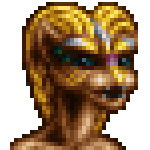 Doom II: The Chasm of Sinful - A map with focus on verticality (Release)