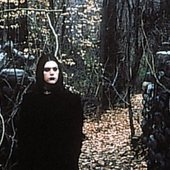 "god, why hast thou forsaken me?" [E1M3 replacement for doom]