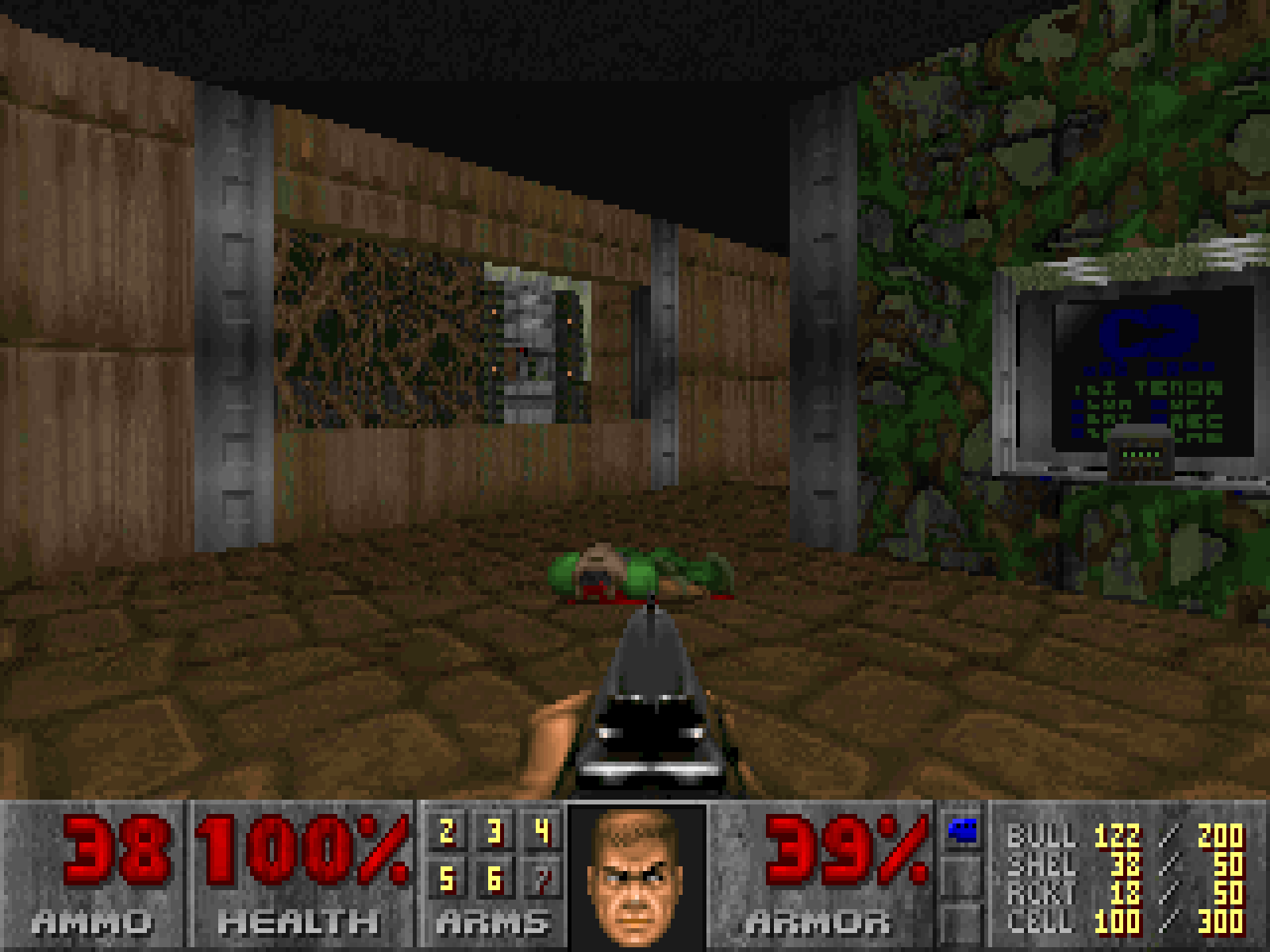 A Techbase level inspired by a dream I had

A few weeks ago, I had a dream - the most vivid dream I've had in a while - where I was inside a DOOM level.  When I woke, I realized that it hadn't been one of the official id levels, so I set about recreating it in DOOMbuilder, as best I could remember the level from my dream.  There were only a few rooms in my dream, not enough for a full map, so over the next few days, I slowly built it into a full, playable level.  I had a lot of fun making this; the vibrant techbase aesthetic made a nice change from the drab industrial setting of my other ongoing DOOM project.  I hope you have as much fun playing it!
Update: v1_2 Renamed file from DREAM.WAD to DREAMTEK.WAD Added linedef action 62 to the lift near the Invisibility Sphere so it may be activated directly as well as by the tripwires. Modified the Invulnerability secret to allow the secret to be "discovered" without actually picking up the Invulnerability sphere. Reduced the amount of Plasma ammo across the map to reduce the power of the BFG and give greater value to secrets which contain Plasma ammo. Slightly increased the number of rockets available in the outdoor arena. Removed a few Health Bonus items from the outdoor area.   Download: Dream Techbase v1_2.7z   Compatibility info: IWAD: DOOM2.WAD Compatibility level: Vanilla Tested with: Vanilla, Chocolate Doom Difficulty settings: Implemented Advanced movement (e.g. jumping): Not supported, may cause sequence-breaking Mouselook: Not recommended, but not strictly forbidden.  May cause non-critical sequence-breaking/negatively impact difficulty balance.   Screenshots:   Changelog: