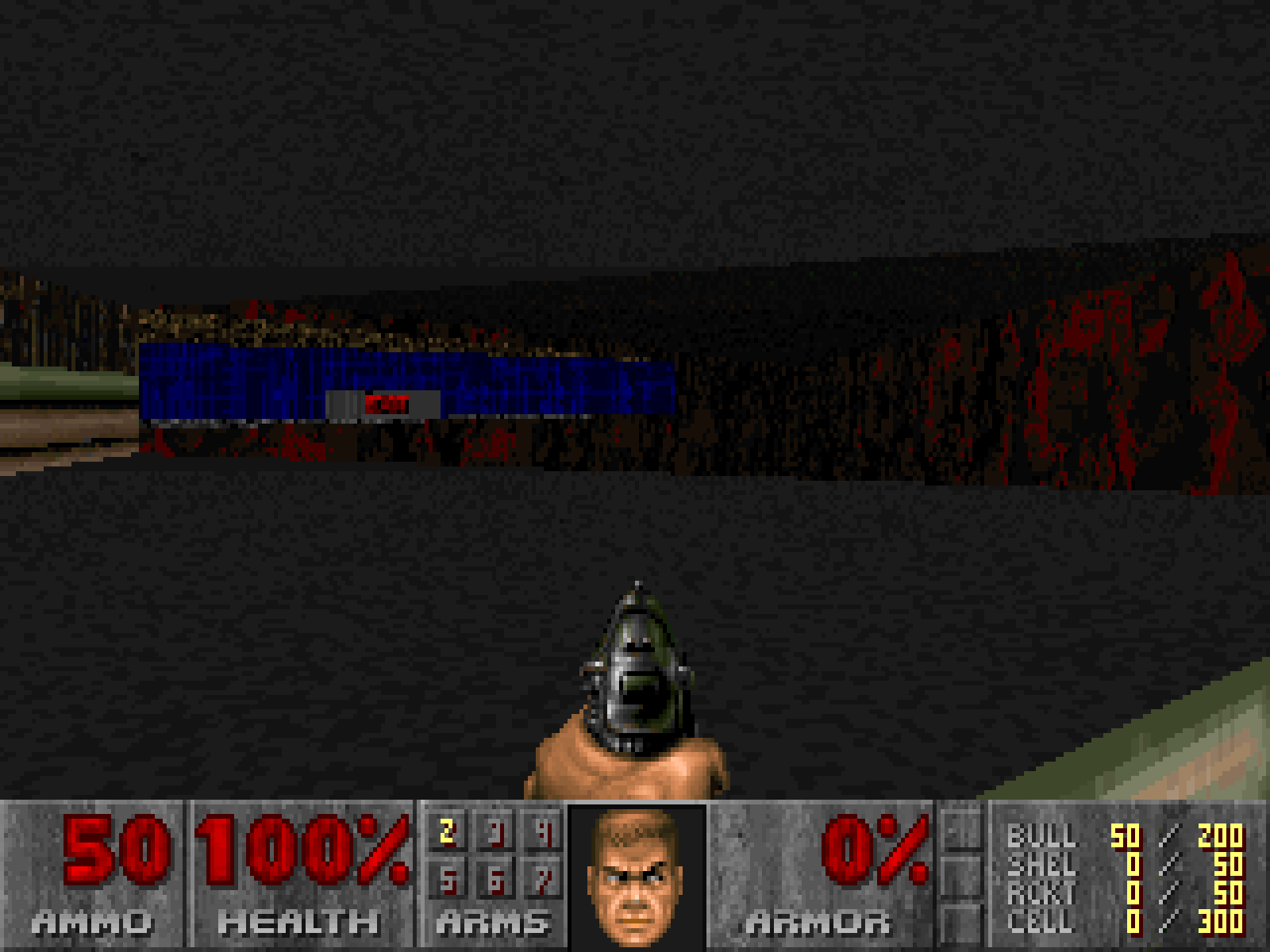 I tried making a vanilla Doom 2 single player level with at most 100 lines.   benjaminb1.7z Please run it with -dehlump on Chocolate Doom.   Now, this is my 1st <100 line map. Since I didn't just want to make a tiny, glorified arena, I decided to give my map a primarily triangle-based motif.   So I drew a bunch of triangles and gave them random ceiling and floor height values. Then, I just connected them together, trying to make something navigable. Then, I added textures, enemies and weapons to it. I honestly should have just added enemies and weapons while making the base sectors, instead of after. If the enemy placement seems off, that's the mistake I made. My bad.   I was also trying to resist splitting lines, which means there's no border textures, so it (literally) looks more rough around the edges.   While making this map, I was also making a DeHackEd patch that gives various sprite decorations better collision with projectiles, so that projectiles don't pass through them. The catch is that hitscan attacks can still pass through them, so I had to be careful not to put any hitscan enemies in the areas that heavily use sprite decorations. Another catch is that vanilla Doom has a limit of 128 sprites per screen. If I get too carried away, I could end up having sprites visually disappear but still remain with full collision, confusing the player.   On the musical side, I decided to try my hand at making a MIDI using OpenMPT's MIDI export. Creatively bankrupt, I decided to remix Clubringer's 'Sound of My Dream' into a metal song.   My map ended up having 92 linedefs, 8 short of my self-imposed 100 linedef limit.
Screenshots: By the way, for those who don't live in the USA, 'Benjamin' is a slang term for the $100 bill, which has the face of Benjamin Franklin on it.