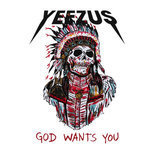 Are demons a source of food for the man himself?

By GodKreytr, September 16 in Doom General