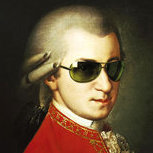 Community Project : Doom II but the start and the exit are reversed